Software Trefik allows to use a lot of ways for matches analysis. One of them is using the Poisson distribution.

There are a lot of information about this method at Internet: wiki or Google.

NEW: the Poissson Distribution for predicting the number of goals, corner kicks and yellow cards.
NEW: Updated sample with result betting, under/over, a team scores and both team score.

Trefik allows using the Poisson distribution at the filter for the Offer window at the section Columns. You can check it directly inside Trefik: Filter / Samples: 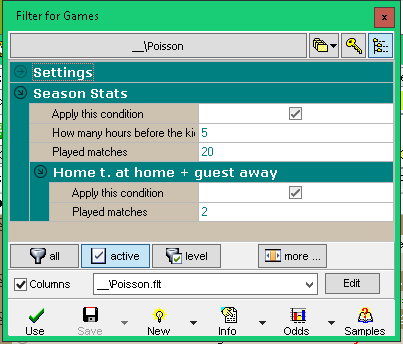 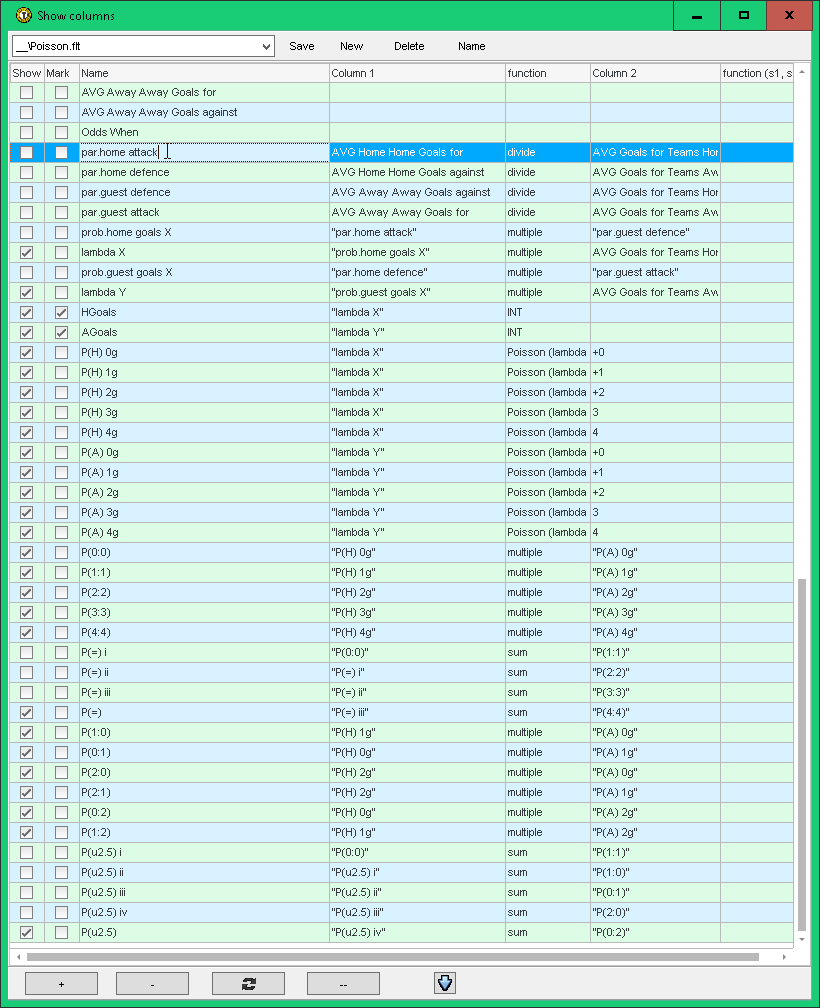 .. the new columns are created for future counting and using the Poisson distribution.

First the parameters for attack and defence are counted for both teams. Then the probability for goals scored by both teams and also the lambda values for both teams (see the description links for the Poisson distribution).

We can use the counted values for creating new columns for analysing the matches:

When using that filter the Offer windows is like this: 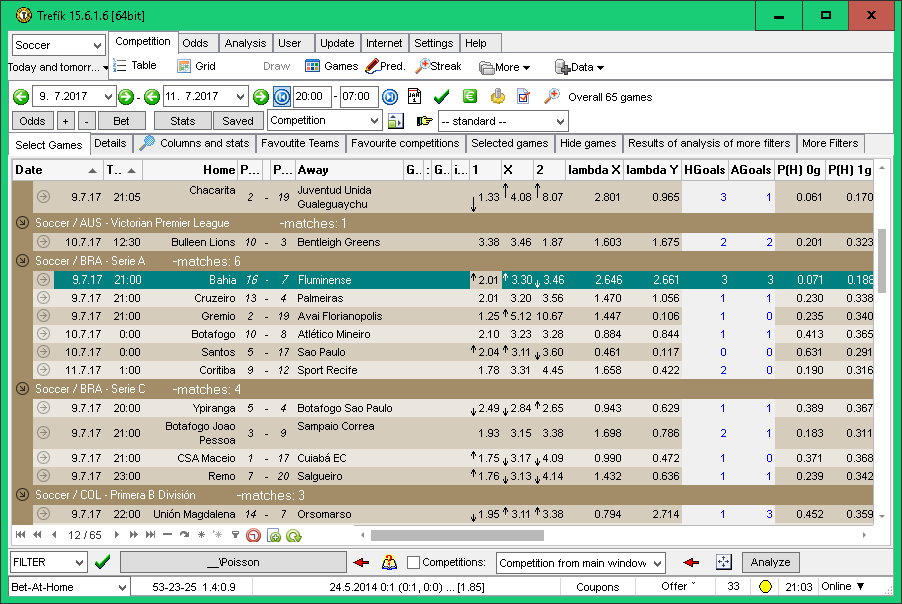 .. and the next columns to the right: 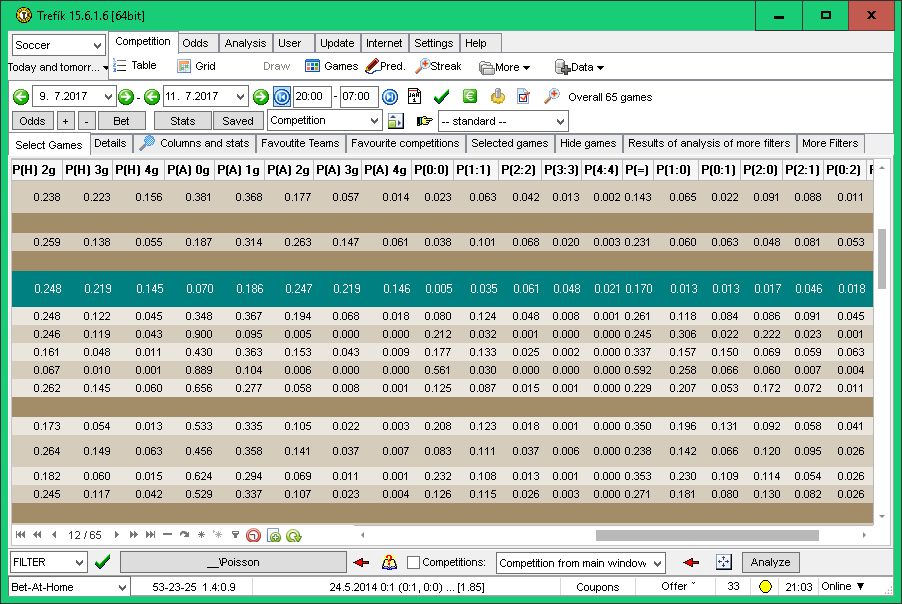 .. and one more move to the right: 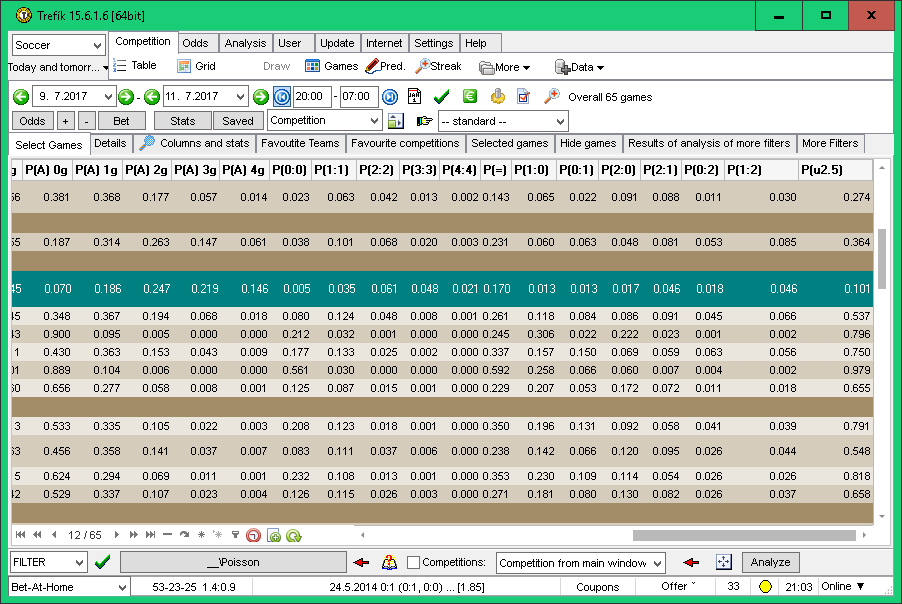 .. the previous picture for example shows for the selected match the probability for scoring under 2.5 goals as only 10%.

The described filter can be used for already played matches and test the efficiency of the described method.