Trefik contains an algorithm for creating predictions for matches. The Trefík user (= you) can influence the results of this algorithm by modifying its parameters. It is also possible to set different parameters for determining the tip for each sport or competition.

Before Trefík creates any prediction the team's strength is counted first. The team strength can be increased - if the team was successful or reduced - if the team was not successful in the previous match. However, the scale of success is not always unambiguous. It is obviously something else to defeat as the leader of the table by a single goal in the second team of the table or by the same difference to defeat the last team of the table. The calculation of the team strength takes this into account.

In the algorithm parameters, it is possible to determine how the strength of the two teams changes after a given result. It is possible to define how many percent of the strength is deducted and added to the guests, and similarly, how many percent of the domestic team strength is deducted and how much is added to the guests. This setting can be made for a given score difference.

The picture shows settings for a draw result (which corresponds to the score difference of 0). The house is added to 8 percent of the guest (to which is deducted the same) and adds 12 percent of the home (and the same is deducted to the home team). It takes into account the strength of the team before the match and it may happen that the home draw improves and the guest strength gets worse (even though the percentage ratio is set to 8:12). It depends on the strength of both teams before the match. 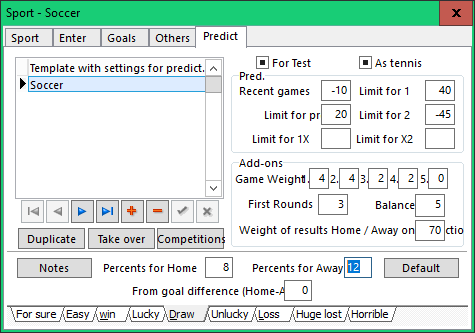 The next picture shows the settings for home team winning for 2 goals. The values how many percents to add / to deduct are changed compared to the previous picture: 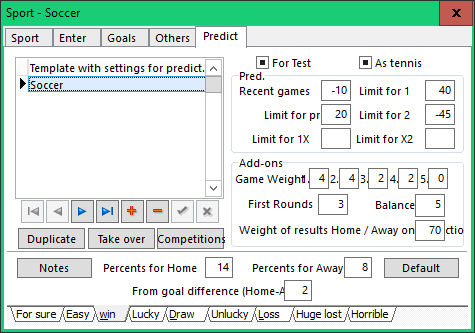 From the entered settings the strength of all teams at a season is counted. We can show a table of the season ordered by the current team strength (the column SHAPE): 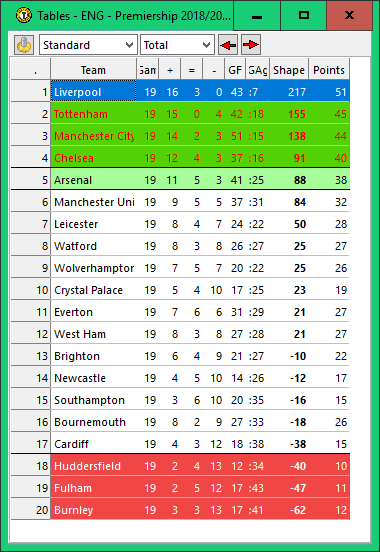 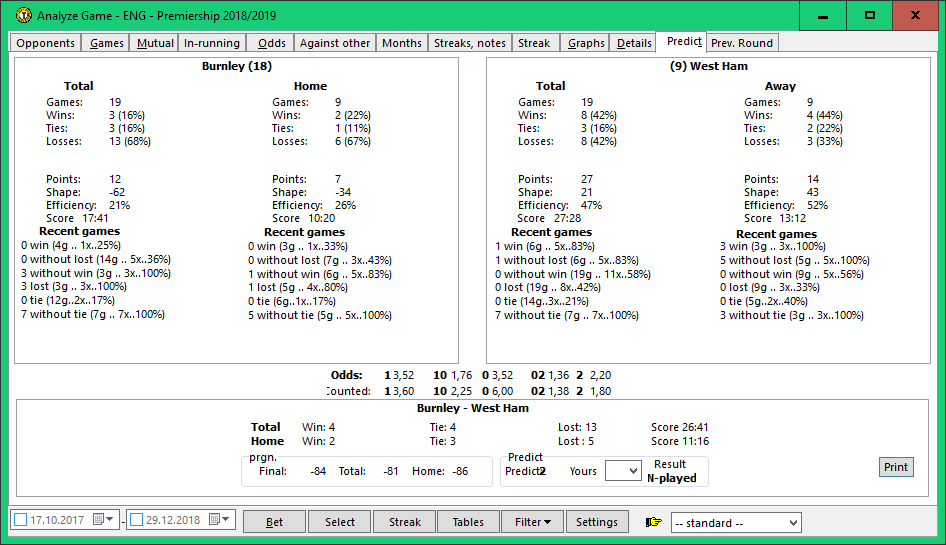