Trefík allows to set which matches should be taken into counting the Filter / Balance / * stats in tennis.

The user can specify: 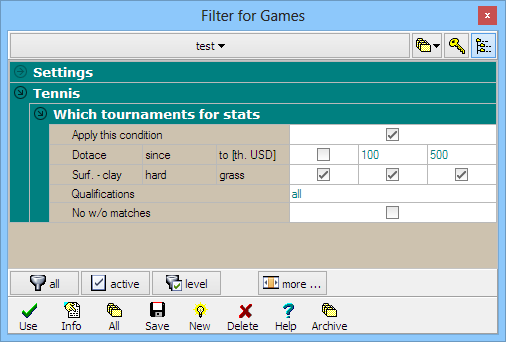 Another feature for tennis is the possibility of activating the option "Just 1st goal" at the section Balance / * / Number of scored goals" - in tennis this means just the result of the 1st set will be taken into account. Let's create a filter which would return 2 new columns: the number of matches with winning 1st set during recent 5 matches for both players (= "teams").

As for every tennis filter it is necessary to activate the option "Settings / Favorite team is always taken as home team". Because in tennis there is not define the home and the guest team it is really important to activate this filter option in order the tennis balances would be counted the right way. 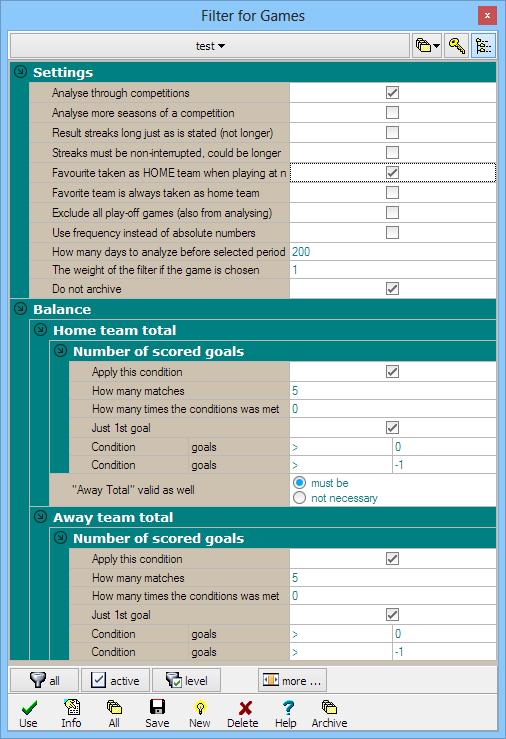 Using the feature Filter / (more) / Columns we can select to show the columns with the number of won 1st sets for both players. The result of using the filter at the Offer window could be: 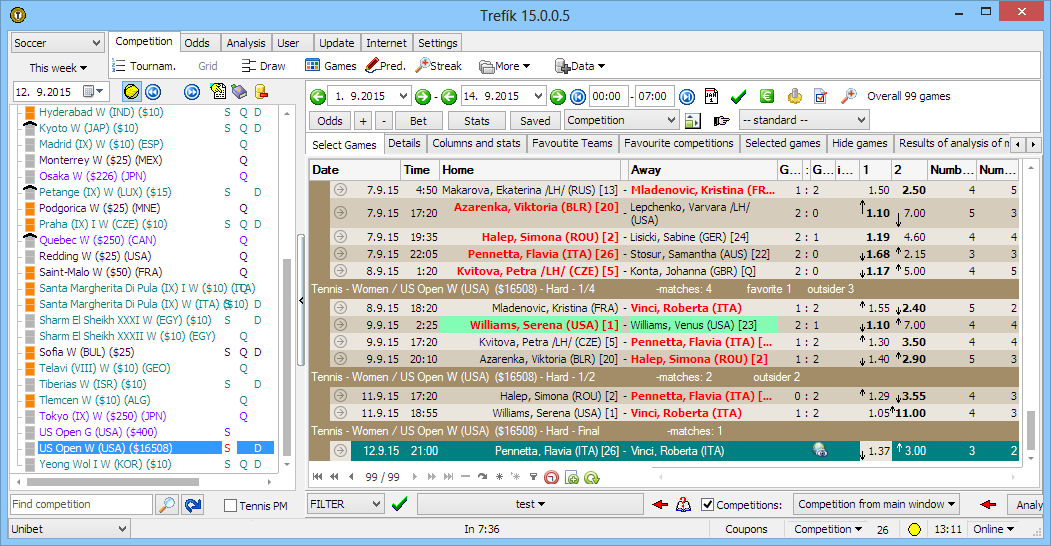