We will show you the use of the filter function for the Offer window in the "Situation as before / Previous match: same opponent".

This feature allows you to get a match of matches (winnings / ties / losses) in previous team matches that followed a match with the same opponent the team played in the previous match before the match being played. So, for example, how the team played the next match in the past if, as now, the match was preceded by a match with the same opponent.

Better than describing the matches following the previous mutual matches will be the example:

In the filter, we activate the new search section in the previous 48 months: 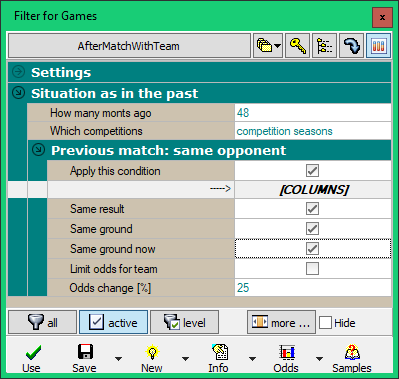 In order for the calculated balance to be available in the Offer window, it is necessary to activate the calculated items in the Filter / Columns section:

.. "1-Opponent" means for the home team (number 1) the previous match (the minus sign) with the same opponent and gives the balance of the next match .. separately the wins (+), ties (=) and loses (-) are shown. The "2-Opponent" entries contain the corresponding values for the visiting team (number 2). Items with a # character indicate the ranking of the previous opponent (at the time of that previous match). As for the cups, respectively, play-off competition, the number 0 is displayed.

If the created filter is used in the Offer window, we get the following result: 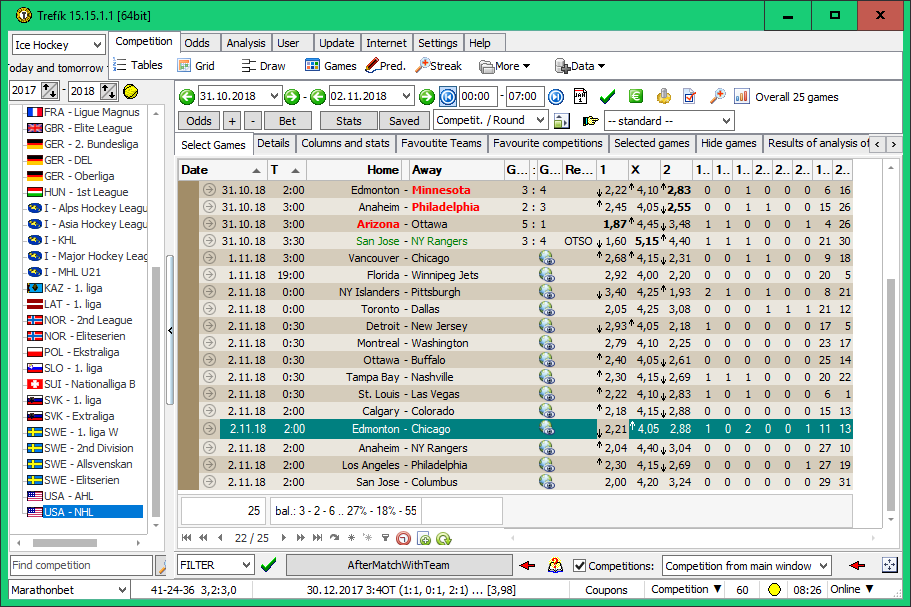 There are twice three new columns with winnings, ties and loses for both teams. First trio for home, second for guests. Following are the rankings in the table of the previous opponents of both teams. We will examine the match Edmonton - Chicago. The home balance is: 1 (win) - 0 (draw) - 2 (lost). In order to find out what balance, ie, what match is displayed, we will expand the details of the matches for the home team: 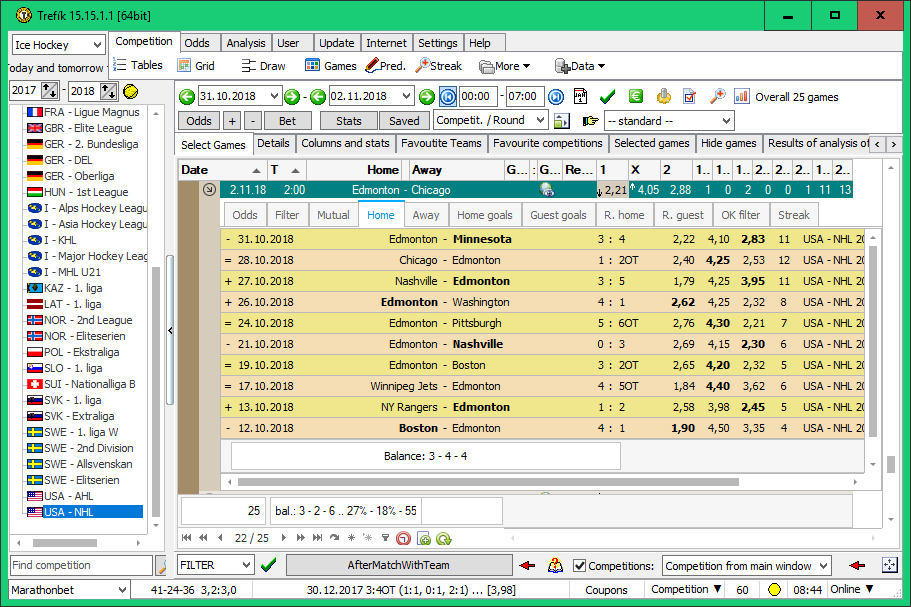 We can verify now that the balance is displayed correctly. By double clicking on the match, the Prediction window will be displayed, in the "Opponents" section we will switch to the Edmonton - Minnesota match and we will display the MUTUAL section, a list of mutual matches. Here we are only interested in matches played in Edmonton: 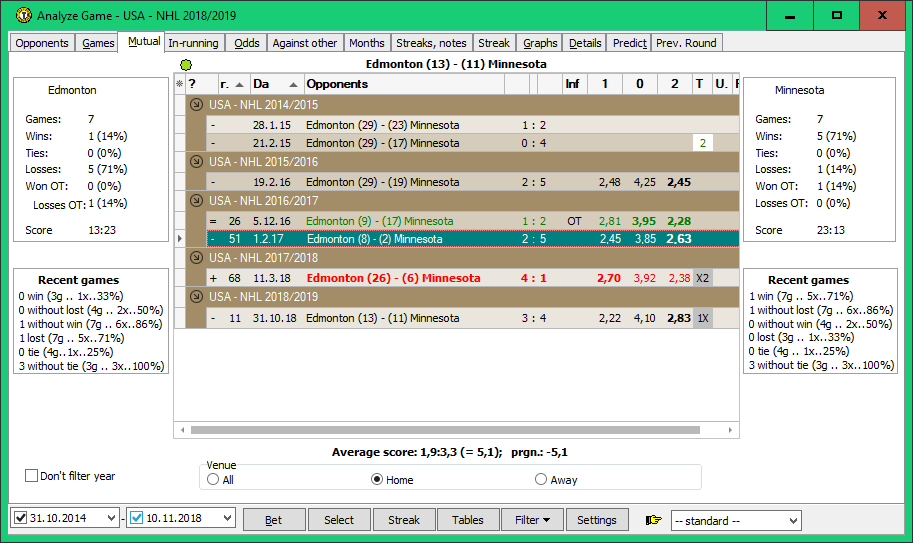 .. we've been looking for all lost Edmonton matches in the last 48 months. There are 4 such matches shown in the previous picture (not counting the last one as that is the currently previous match and we need to calculate the statistics for the past matches). Now we have to check what Edmonton played at home (if played away, we ignore these matches due to the filter settings) the next match. In the GAMES section we find out that these are the following: 30.01.2015 .. WIN, 22.2.2015 .. LOST, 21.2.2016 LOST. So we get a balance of 1 - 0 - 2, which corresponds to the statistics displayed in the Offer window.

Similar statistics are also available to guests. We can furthermore compare these stats or filter the matches using these data.

The "Situation as in the past / Following Match: Same Opponents" filter section works similarly as described above. It counts a match from matches played before matches with an opponent who is currently waiting in the next match. The difference in the filter setting for the next match is that it is not possible to apply a condition for the same result of a match, which is not yet known before the current match is played.