To display the ranking at the previous season it is possible to use the Filter at the Offer window. We need to activate the Previous Seasos data and define the new columns with the ranking.

First we need to display the Filter window. This time it is enough to activate the section PREV. SEASON this way: 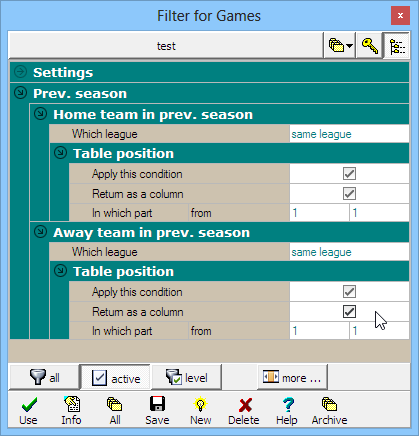 The options RETURN AS A COLUMN causes that the ranking we need would be accessible at the section Filter / Columns (to show this section click the button MORE .. at the right bottom area): 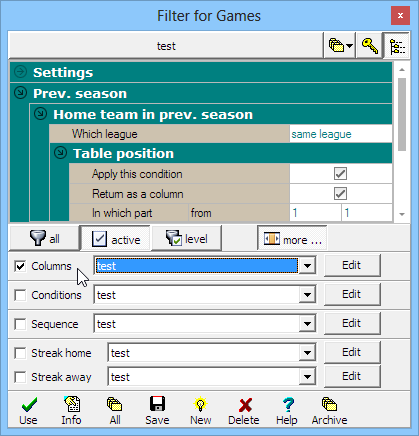 The button EDIT opens the window Filter / Columns. The values "#-1S Home"and "#-1S Away" are accessible. These value are just the ranking data from the previous season: 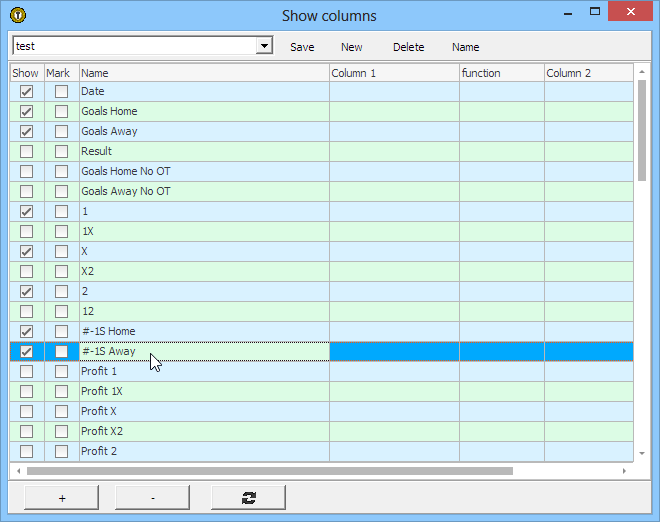 We need to activate both values - and then we can see them at the Offer window as two new columns.

When using the changed filter we get: 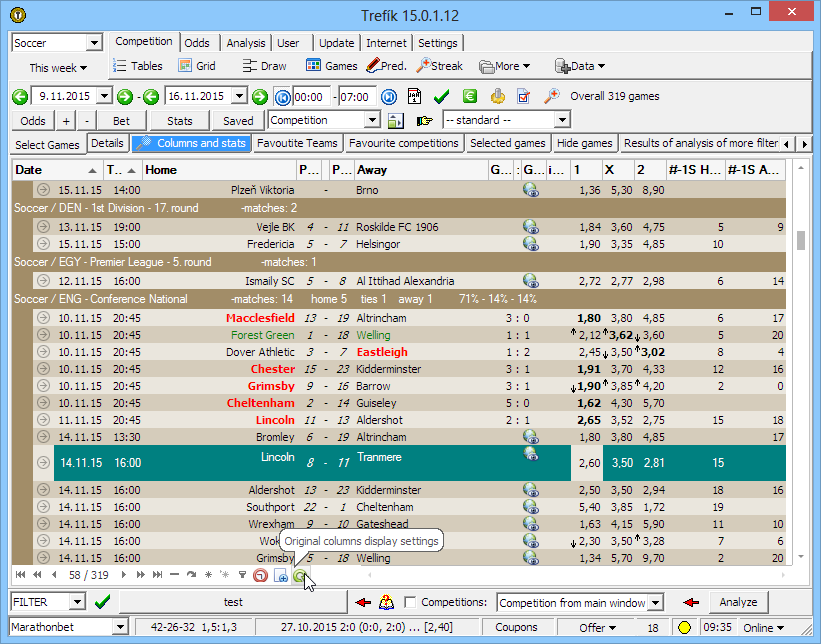 .. if we cannot see both new columns it is necessary to press the button for reseting the column settings (the mouse cursor is close to that button at the picture).

We need to use the feature Filter / Conditions. By clicking the button EDIT at this section we get the following window:

.. we need to enter data for comparing both new columns to the value ONE. Both rows with the definition must be connected with the logical operator OR. The second row was created using the button "+++" (a new sub-level row is created for the condition definition).

When using the modified filter we can get the matches: 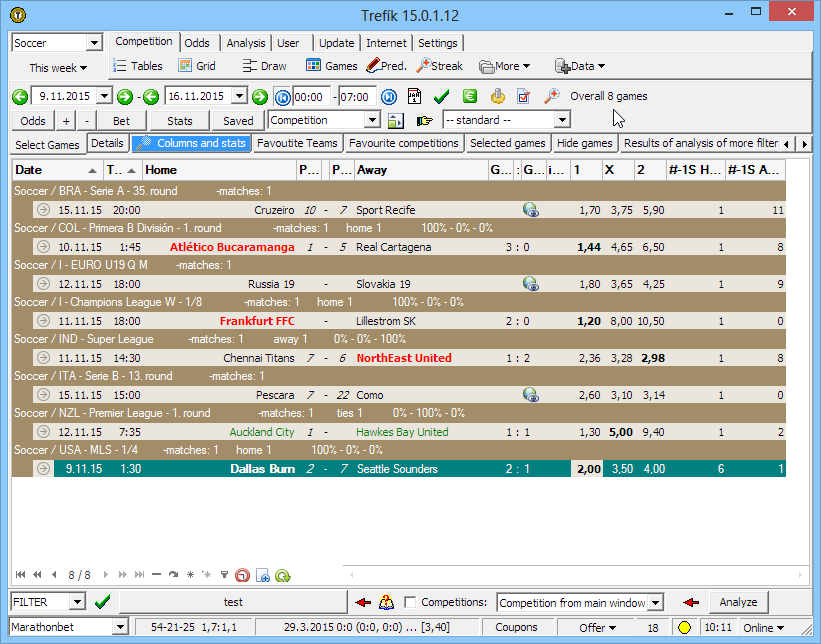 .. which meets our task goal.